Another new addition to the collection of work. This little one is fabricated from reclaimed roofing copper, has three little ball feet and is the first vessel to be formed partially with a pneumatic hammer. Unlike almost all of the vessels I make, this one is constructed of only two pieces of metal. The dark brown patina is an effect of being treated with liver of sulfur. The piece is coated with micro-crystalline wax that is used commonly in sculpture and furniture restoration. 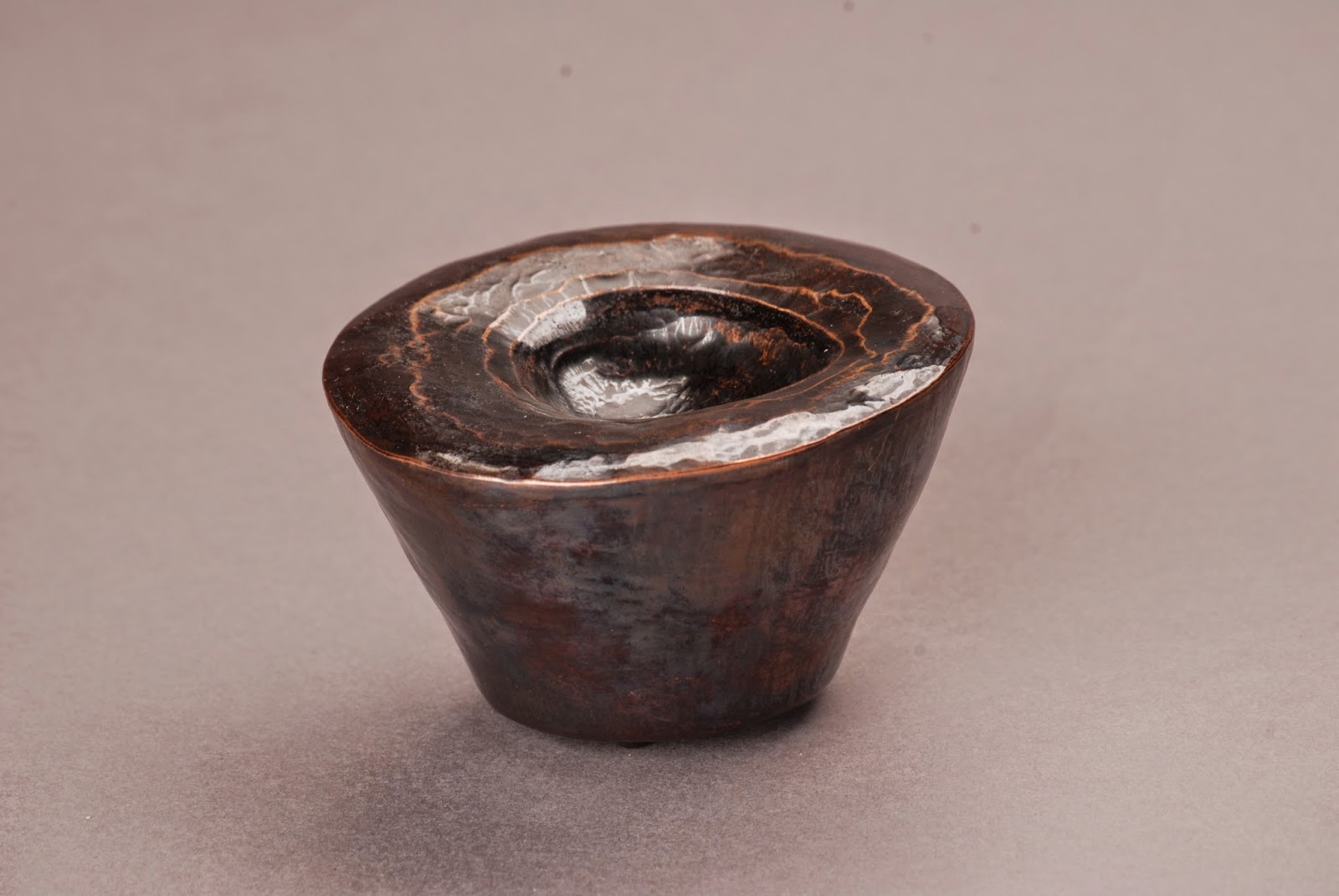 Here's a close up of the hammer detail. 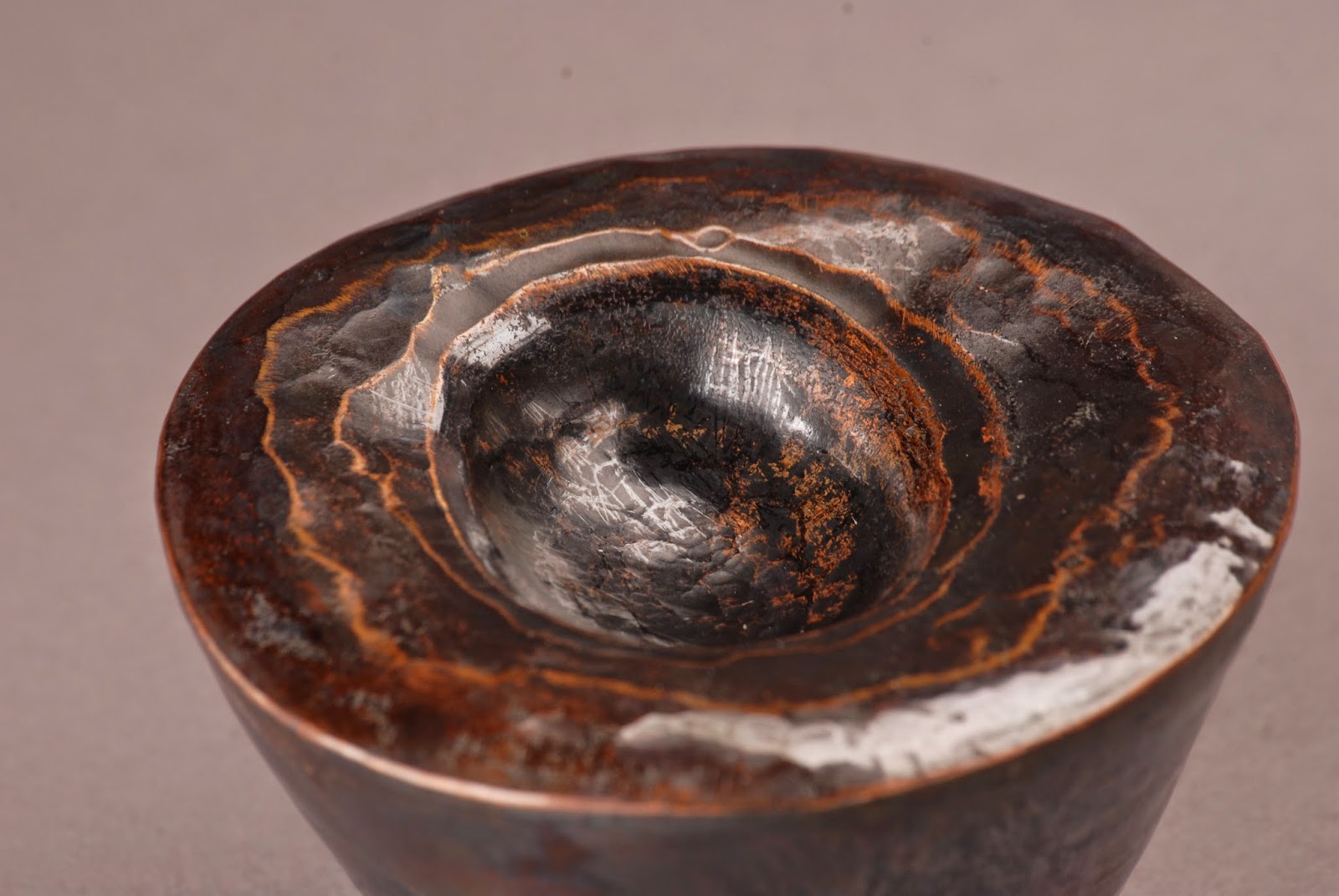 I restored this piece after someone dropped and dented it. I wasn't too excited to rework this piece, as it has always been one of my favorites, however, it turned out pretty well. I can't say I'm not happy with the turnout. Like the vessel above, this one is the first and only other to be forged of just two pieces of metal. Instead of taking it apart and working out the dent. I decided to dent the sides all the way around. The existing green patina is still visible as well as the added liver of sulfur (brown) patina. This is still titled "Lichen" because that is what seems appropriate for this vessel. I think of plant forms with this piece and some earlier work. I think I'll have to explore this concept more in the future. 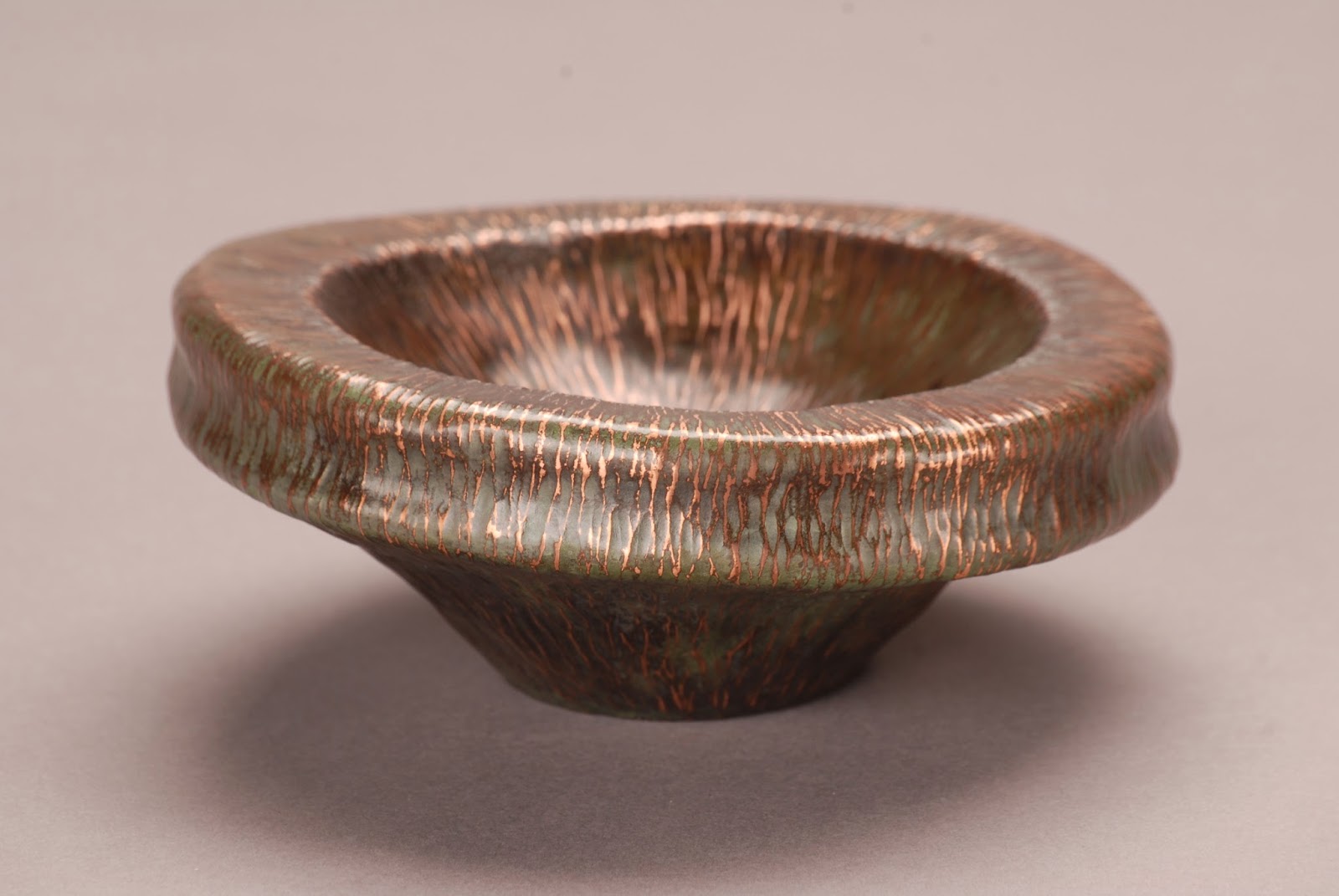 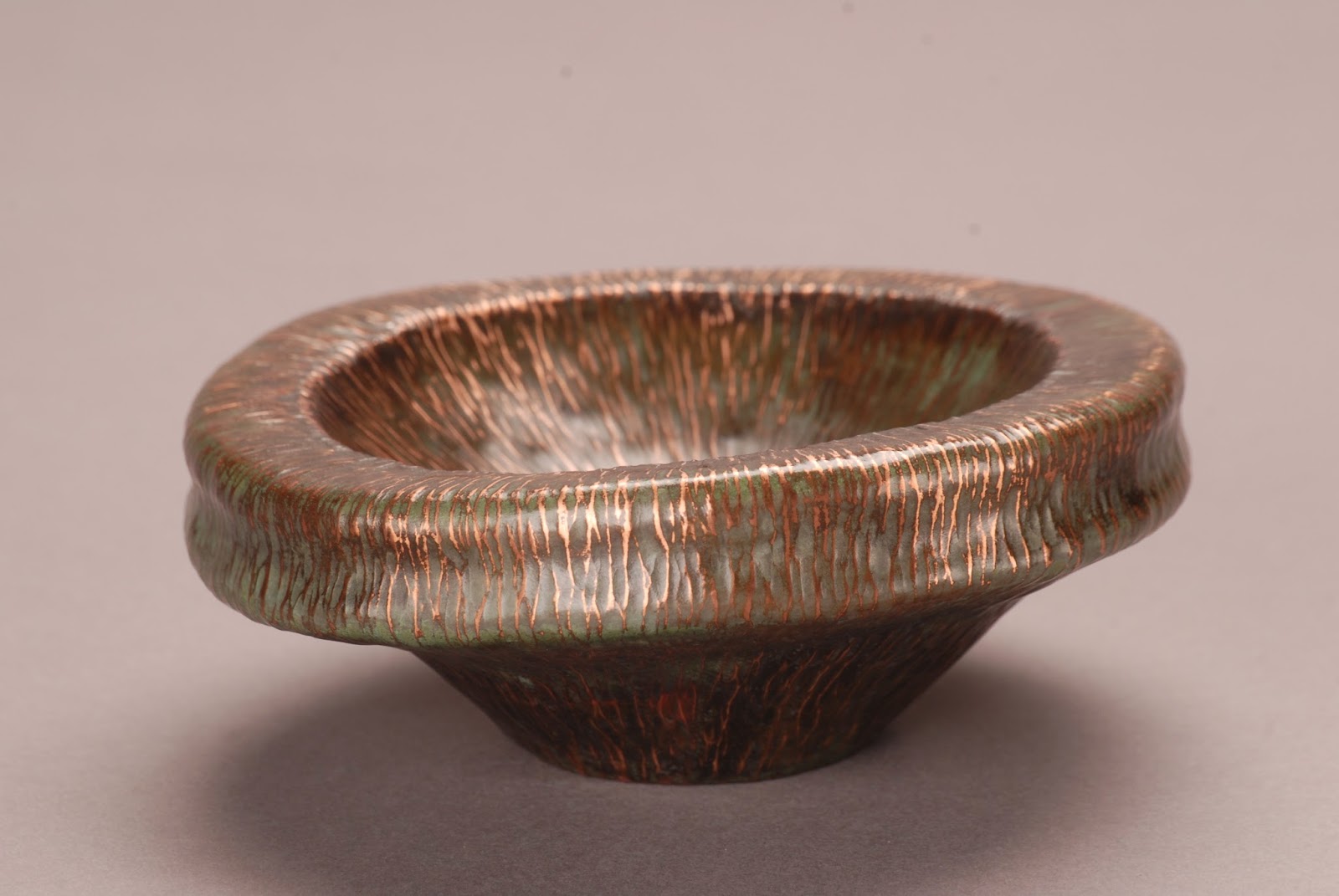 Below: Original design and patination of "Lichen" 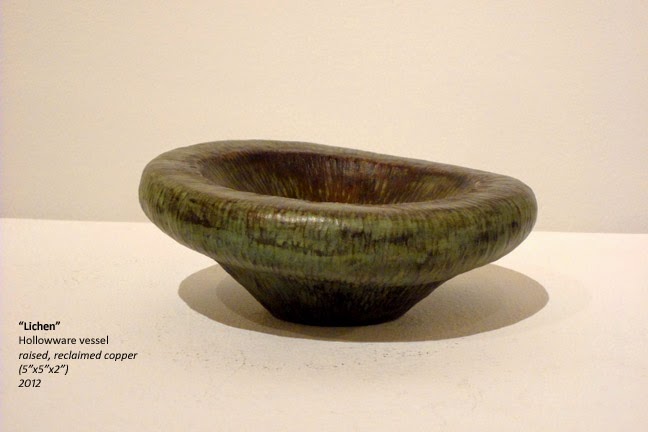 My newest piece is finally photographed.

I like re-purposing, up-cycling and the like, so it made me think more about how human-made objects are discarded so frequently and yet have so much use left in them. I think there is always more than just one use for anything.

This piece was made from copper grounding wire, an etched copper printing plate, a brass goblet and a brass award plaque. 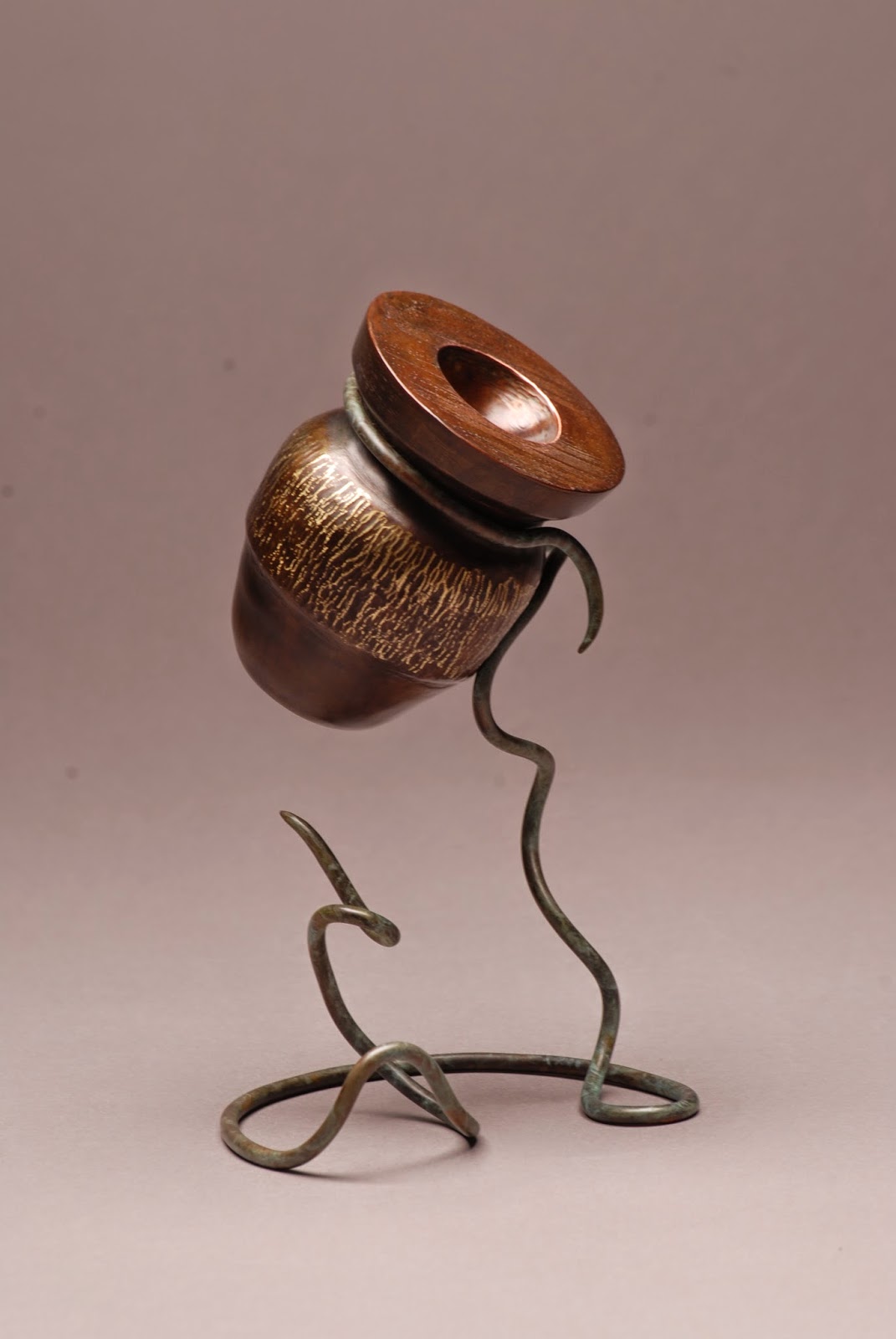 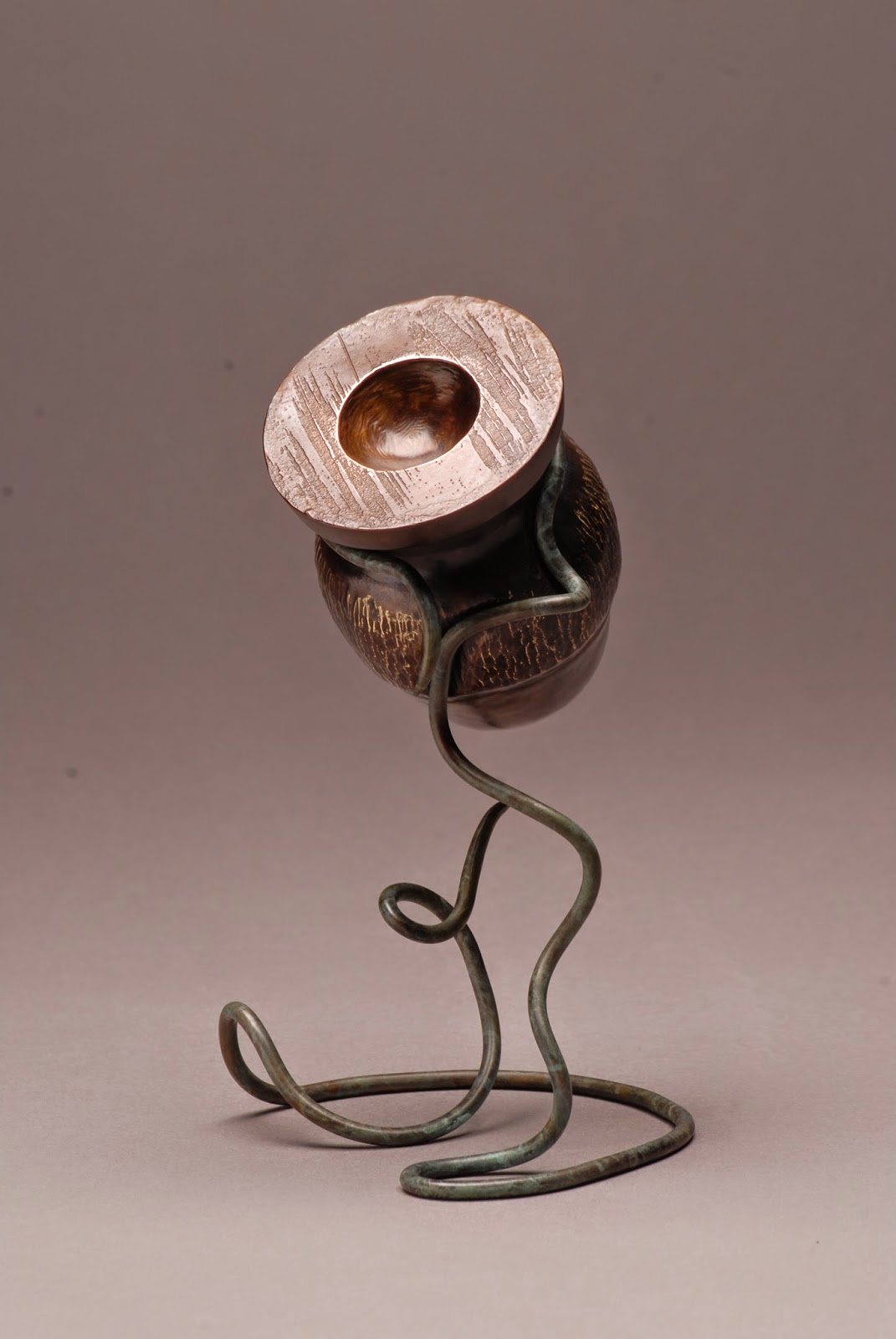 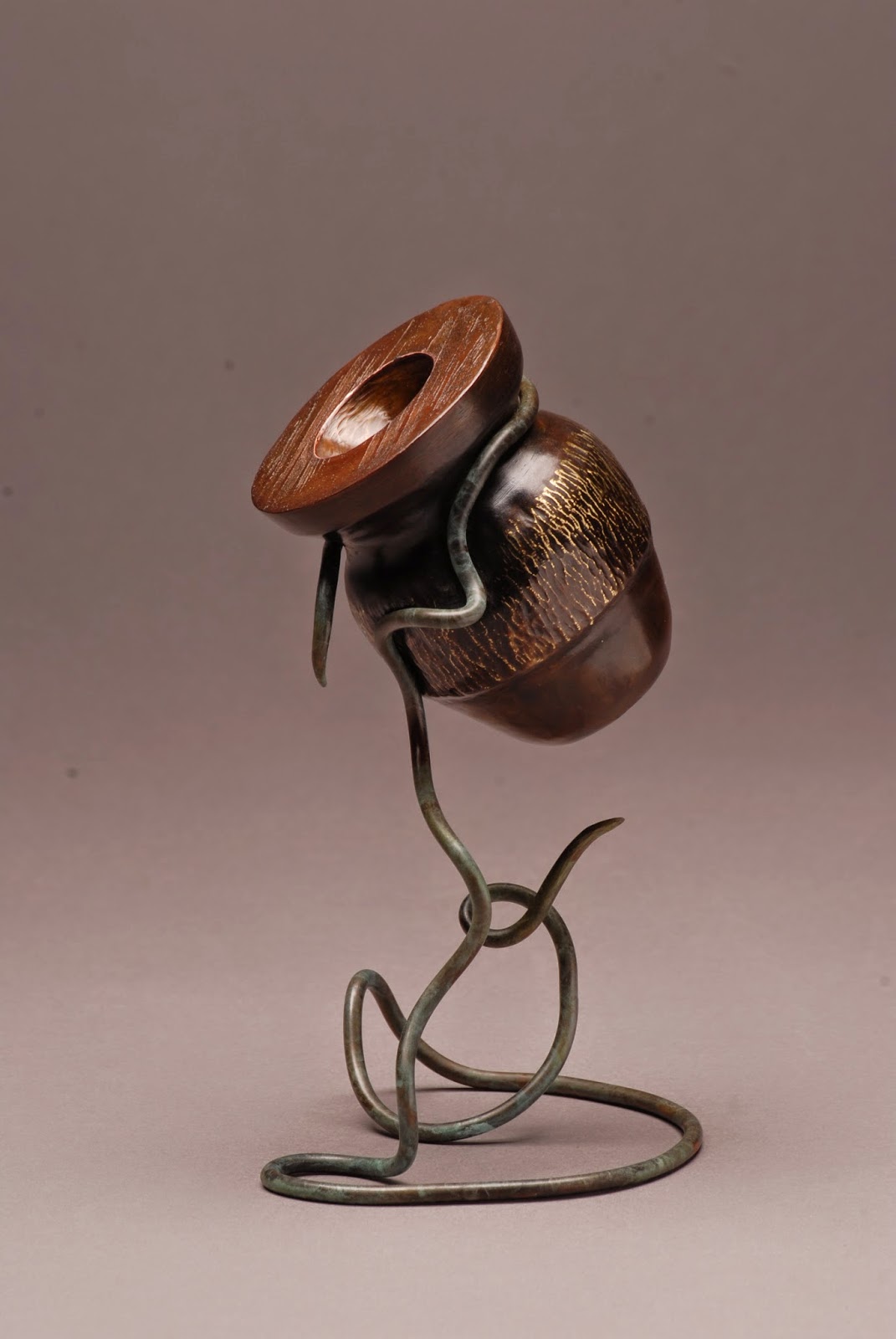 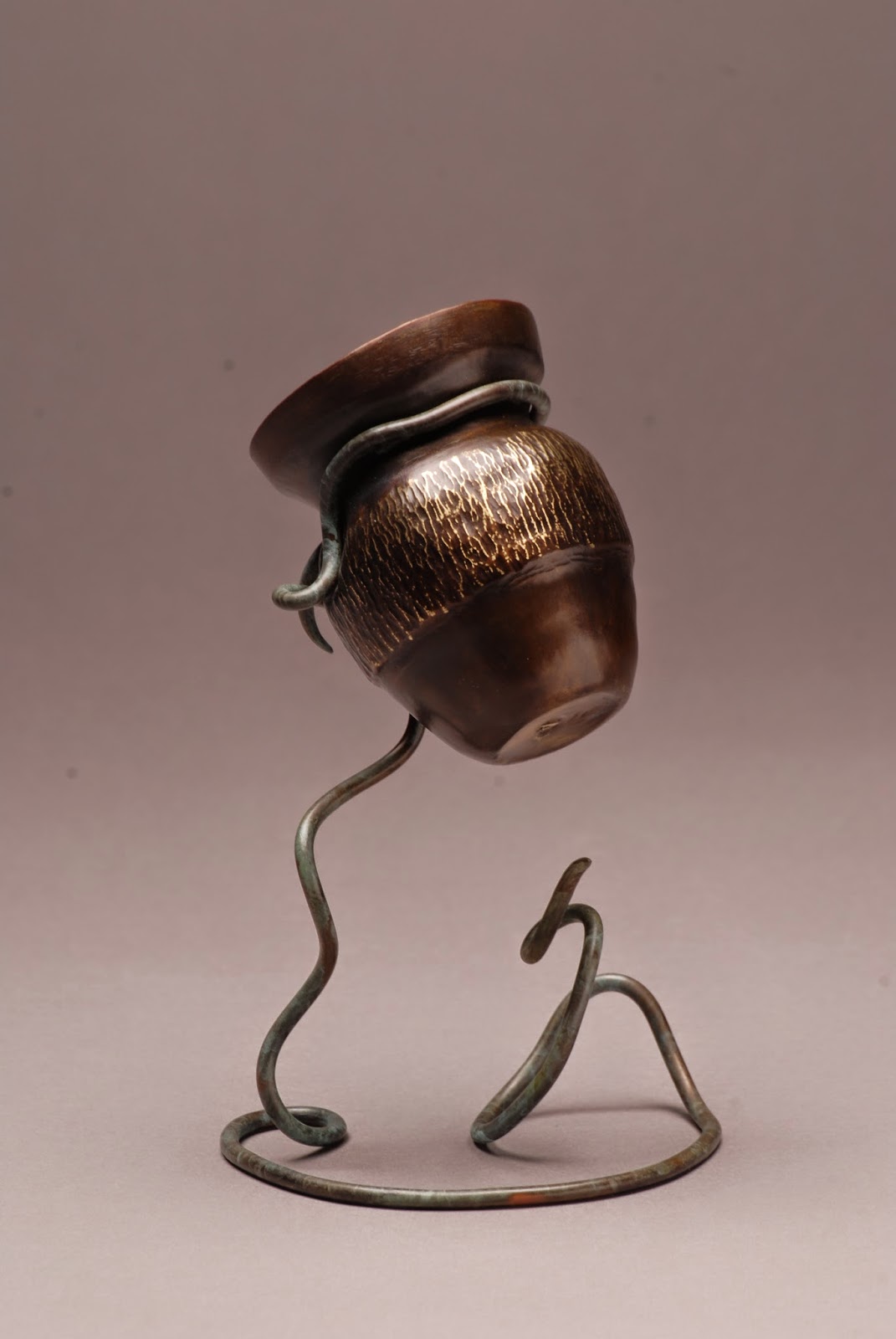 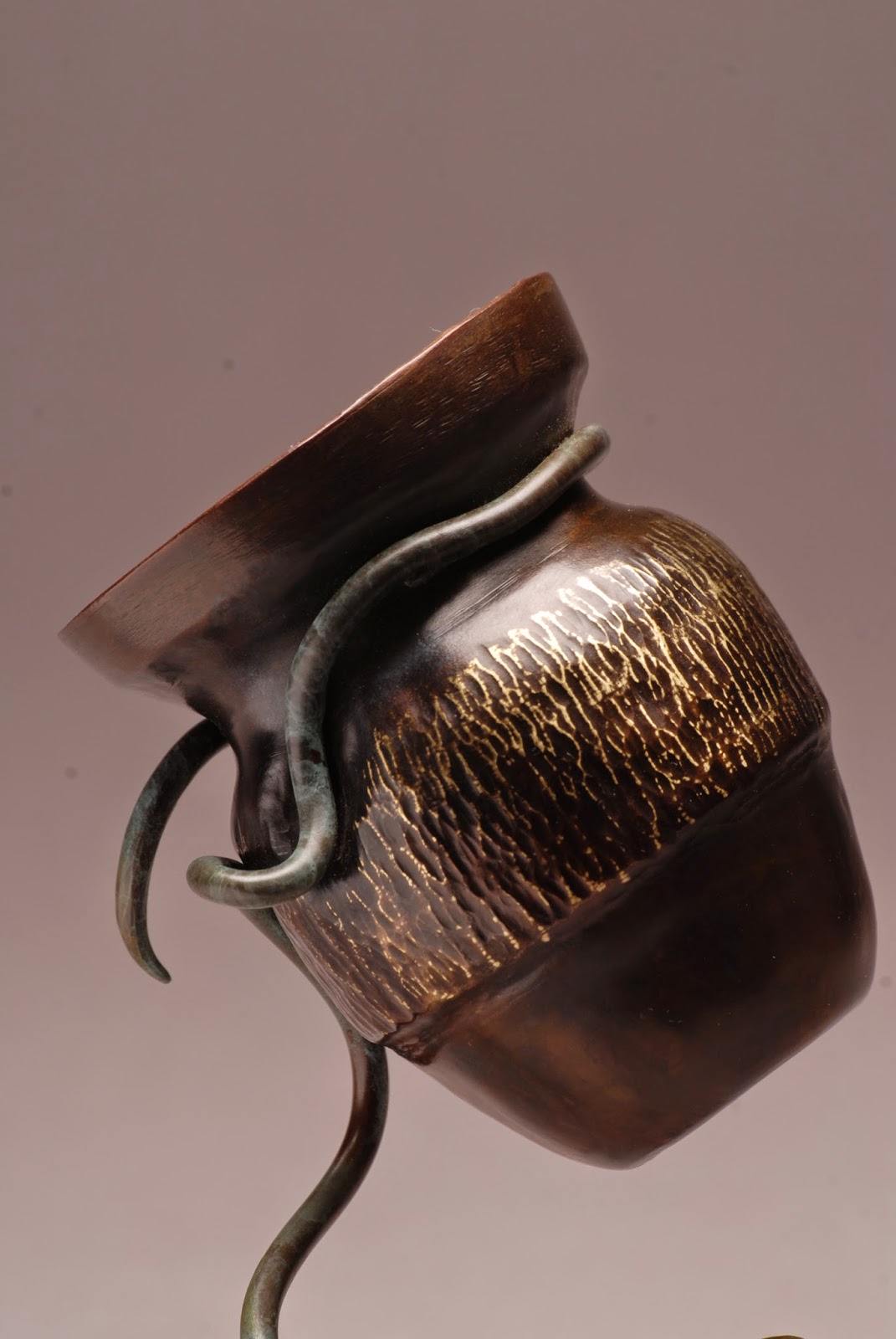 I will be trying to slowly change the format of this site so please be patient while I organize my vessels.
Posted by Адам Ѳldrē at 12/03/2014 12:14:00 PM No comments: