So, I've been working on this Viking ship for quite sometime. This project had been plagued with the fabrication troubles from early on. After lots of attempting to fix these issues, I eventually started making a second hull with a different method.(sticking to what I'm used to, instead of the original method based on a paper fold-into-shape model.

Starting over was a good decision. When I got to the same point on the new one that I left on the old one, I lopped off the head and tail of the Dragon and placed them on the new one. 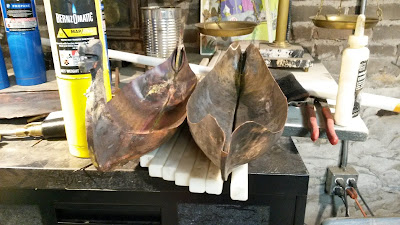 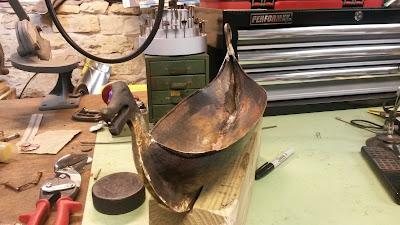 To be continued... lots of news and pictures to come.